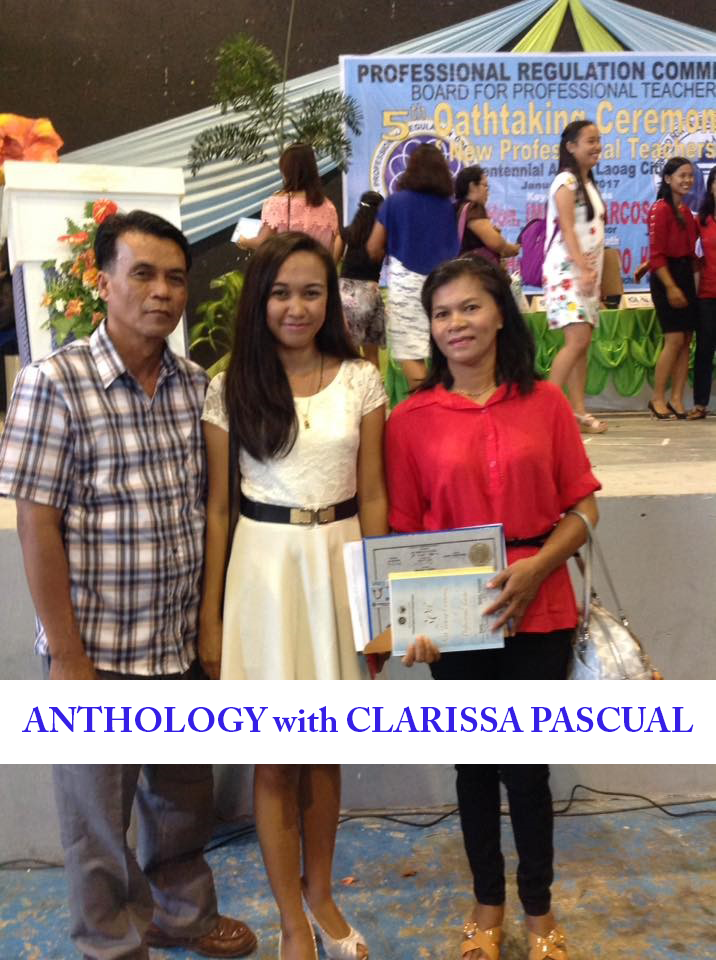 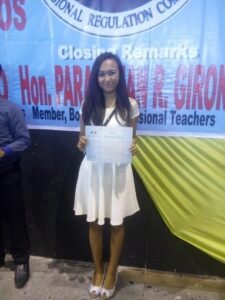 I was born in Laoag City on September 16, 1995. I am the only rose in a family with three children. My father is a driver and a farmer. My mother is a housewife but at times, she sells vegetables in the neighborhood and she goes with the marching band for the dead (your typical marching band in the province during burial rites). Yes, that’s how they make both ends meet. They work hard even under the heat of the sun just for us to survive. I was not raise in a well-off family. My parents earn just enough for our daily needs and at times it even runs short for the day. I never tried having birthday cakes and I never tried buying bags or shoes every school year. It would usually take three to four years before we would so at a young age, we learned the value of taking care of our stuffs. We don’t drink the wine of pleasure yet I’m thankful. While growing up, I appreciated the value of stretching or living within your limits.

My elementary days began in 2002 and I’ve been a sick child during the primary years. I was not able to attend the first three days of classes in the first grade for I was confined at the hospital. It had been hard for me to earn friends as I felt like I don’t belong in a world of healthy children. Glad, my teachers didn’t give up on me. They provided continuous support and encouragement for me to grow socially. They are one of the early reasons why I wanted to become a teacher. Plot twist, I graduated as valedictorian in 2008.

I spent my secondary days at a school located at the city proper. I can still remember, there were times when my parents would want me to be absent for the money is not enough for the three of us. But I would still go even if it means a no-lunch-no-snack school day. Most times, I had to pack lunch even if I’m the only one who does that in our circle of friends. With God’s grace, I had been one of the city scholars for the first two years and had the chance to be an academic scholar for the last two years. I tried my best but the battle had been rougher especially in co-curricular activities. I was only able to join those which cost less or which are free. Rejection hit me when I was removed at the organization I was in for almost four years. I cried a river of tears, if for a heartbreak, that was my first. I failed my parents for they had been so supportive in that field yet I never heard a blame from them, they even encouraged me to just continue. I graduated high school without flying colors. I guess, the line of a song which says, “But I guess my best wasn’t good enough” would fit me. I felt so sad, mad and bad – a bitter high school graduate. But that made me dream even more. I told myself that I will finish college with flying colors so my parents could go on stage just like how my high school batch mates who had honors made their parents proud.

I was still beginning to add dreams on my bucket list when I accidentally heard my parents talk about how hard it would be for them to send me to college. I heard one of them said that I will just stop studying. I felt a pinch of pain as I wanted to pursue my study, I wanted it so much. Glad, the City Government of Laoag and the Provincial Government of Ilocos Norte (PGIN) had its Special Program for the Employment of Students (SPES) or popularly known at our place as “summer job”. I applied for the program and fortunate enough, I was hired as an office assistant for two consecutive years. My salary had been enough to finance my enrollment fees. I wanted to take up BS Biology or AB English but that would mean studying outside our city, it would cost us much. So I opted to enroll at the course Bachelor of Elementary Education as per my Father’s advice. My feelings were rallying then, I don’t know if I’d survive a course which is not my first choice (at that age) but as I entered the gates of my college each day, I fell in love with teaching. I was also given the chance to be one of the city scholars and college scholars. Both had been a big help in my studies for my parents didn’t need to think about the other fees anymore, just my pocket money for every day. There had been times when battle over financial matters was really tough despite the stipends I received, especially when I was elected as President of the Red Cross Youth – CTE Council in fourth year. But in tough situations really, you also become tough and the only choice you have is to face it and survive. 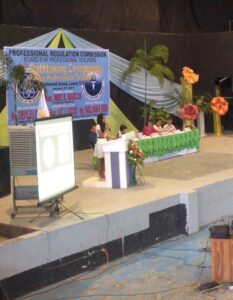 While reviewing I had to balance my time with being a volunteer instructor at the Philippine Red Cross. I can’t say NO to an act for humanity especially if it’s in line with teaching. Days went on, the volunteering activities in facilitating training camps for the youth continued, likewise, desire to pass grows. Until one day, I woke up with an unusual feeling. I wanted to top the board exams. Though, to be honest, deep inside I was doubtful if I could. I was even crying in my prayers but I was then sure that I wanted the 8th spot and I wanted a rating of 88.6%. It’s way too high and all I know is that topnotchers come from the big schools in Metro Manila. I was very ambitious. The doubt in me grew when I’ve heard some people say, “She will not make it” and someone even asked me face-to-face, “What if you fail?” The tone was sarcastic. I hated it. People even questioned how my parents were able to send me in college. I thought those were painful enough but nothing was more painful when you would see your Mother almost crying while saying,

I have nothing against those who get pregnant at young age but I was really sad when I’ve heard that perception of theirs. Nevertheless, the doubt was lessened and I felt like a refueled soldier ready to fight the battle.

Fortunate enough, Ma’am Iah B. Seraspi came for our final coaching with her inspiring story. I’ve heard from her the exact words I have to hear, the exact lines which enlightened my then melancholic dreaming heart. Dr. Carl E. Balita came on the last day of final coaching and there goes my ambitious spirit again:

I don’t know where I got the courage to ask for that sign but it happened. Accidentally, my copy was the one used during the rationalization. I was then very nervous for I know that I have incorrect answers. We arrived at item number 3 and Dr. Carl asked,

I didn’t know then if I’d hide, be happy, or be embarrassed but I was then grateful. Moreover, he asked,

I was and I whispered, “YES”. That is perhaps one of the most life changing event in my life. By then, I was so sure of what I wanted. I decided not to listen to what the people were saying. I decided to listen to what my heart wants and that is to focus on reaching my dream.

I had fever during the exam but that didn’t stop me. With my faith, dream, and the people who believe in me, there is no turning back. The agony of waiting came and results finally came out on the 28th of November 2016. I was then at the Red Cross office volunteering again. I covered my eyes immediately while the screen says “Loading…” The staff yelled happily and I was astonished. I received one of the best birthday and Christmas presents of my life. I wanted to cry, jump, shout yet I was speechless. It was like I’m in a state of euphoria. I guess that really is how it feels when the dream and the dreamer is becoming one with you. 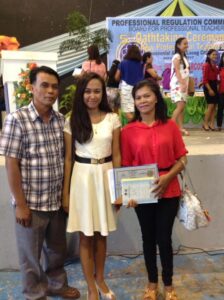 Until now, I couldn’t believe it. The joy and the gratefulness overflows. Everyone has the chance to top the board exam. Everybody has the potential to be one with their dreams. I saw the priceless reward again, the smiles from my parents during the oath taking ceremonies. I experienced lots of first times after the release of the result: radio interview, local TV appearance, enter expensive food chains & eat expensive dishes, receive a cake with my name on it, to find my face on a tarpaulin, read my name in news articles, be in the same room with the topnotchers of CBRC and the list goes on. I owe it all to God, my family, my friends, my teachers, to MMSU and to CBRC. I never know what lies ahead of me but I know that I got to keep going. I got to keep on dreaming.

Right now, if you are reading this I want to remind you that you can be one with your dreams. I’ve realized that, we do not have control over what other people may think about us but we do have control of how big our dreams can be and how far we can go. My story may not be the saddest story you’ve ever heard and it may be as typical as the others. However, I hope that, even a little, I have somehow inspired you to spread those beautiful wings of yours.

I am Clarissa Paligutan Pascual, LPT. Top 7 for the BLEPT September 2016. Tatak CBRC. And this is my story. 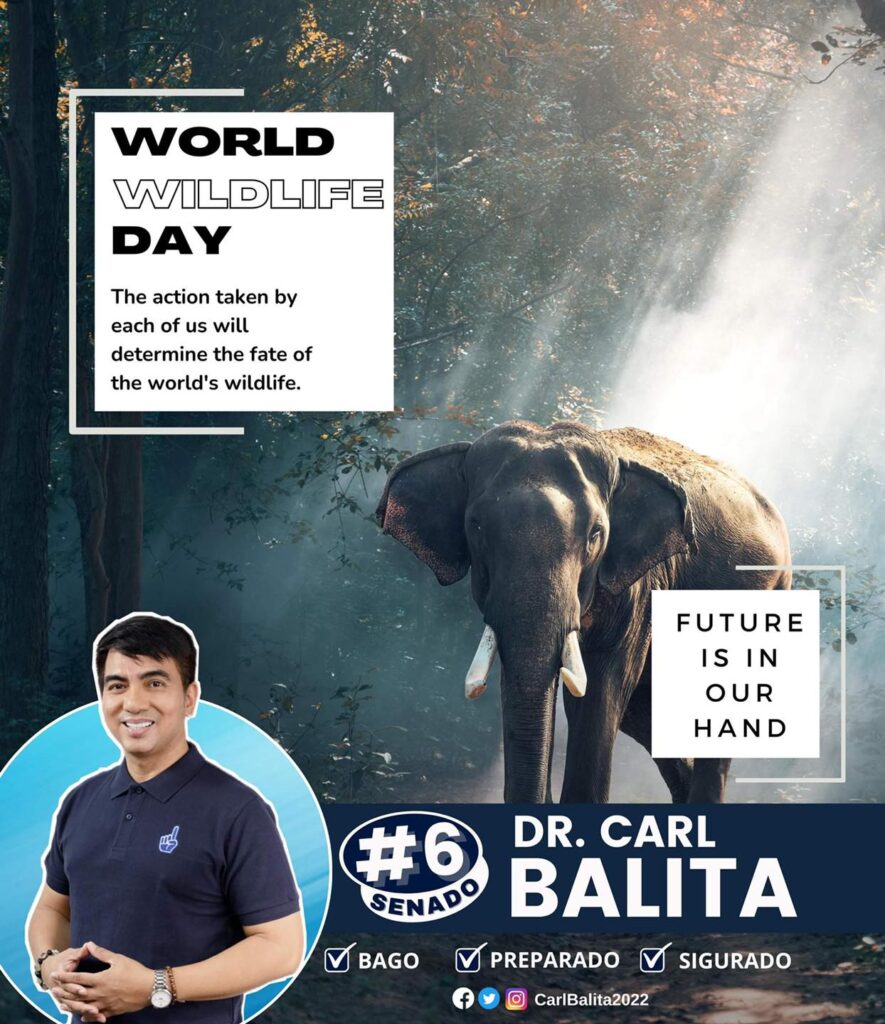 1 thought on ““Top 7 LET September 2016 Story: They said I won’t make it in college. They said I will flunk the board exam. They said I wouldn’t achieve significant advantages. But things turned out the other way”” 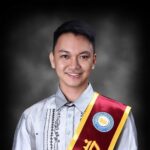 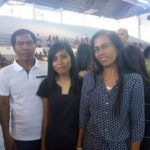 You may have missed

CBRC RETAINS ITS ISO 9001:2015 THROUGH RECERTIFICATION 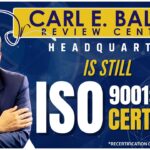 CBRC RETAINS ITS ISO 9001:2015 THROUGH RECERTIFICATION 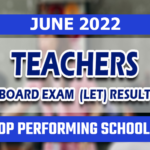 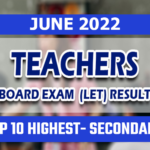 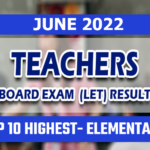 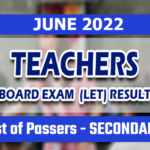 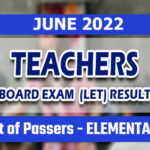